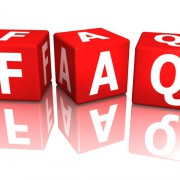 We would like to inform you that the frequently asked questions, which are published on the programme website, were updated for the topics reporting and the electronic Monitoring System (eMS). In the updated version, answers to questions relating to the change in the type of employment for personnel costs and the submission of modification requests for changes of the project in the eMS are provided.

The new vesrion is available under “Frequently asked questions”. 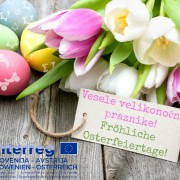 The Managing Authority and the Joint Secretariat of the Cooperation Programme Interreg V-A Slovenia-Austria are wishing you happy Easter holidays! 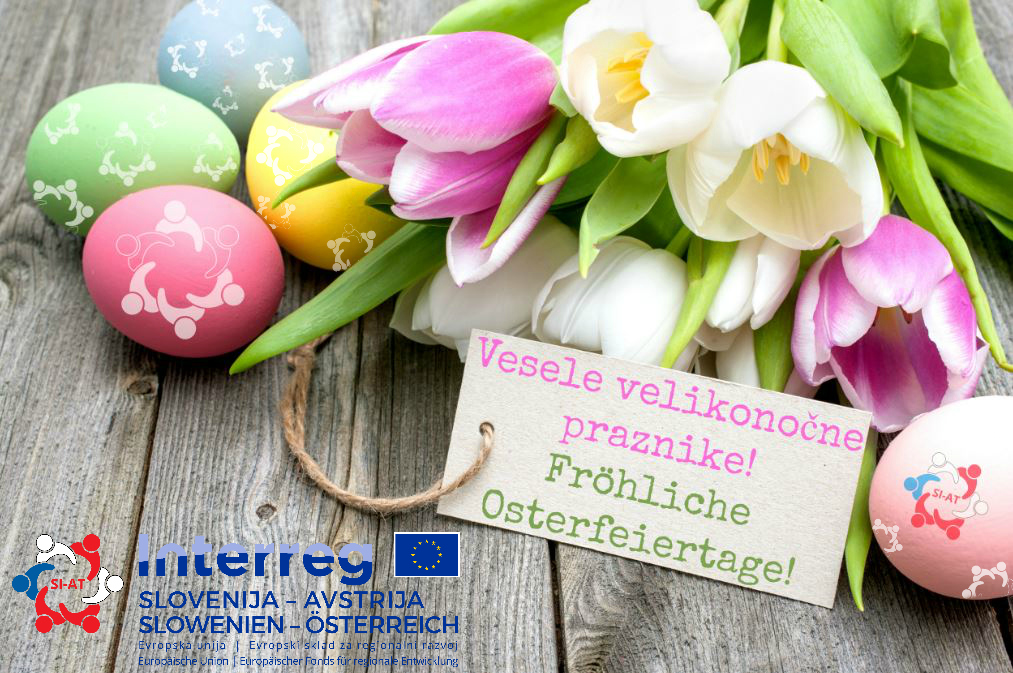 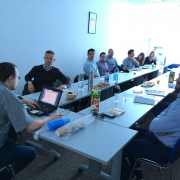 Zagreb, 10 April 2017 – An experience sharing event held at the Agency for Regional Development of the Republic of Croatia brought together representatives of the Cooperation Programmes Interreg V-A Slovenia-Austria, Slovenia-Hungary and Slovenia-Croatia and representatives of the IPA Cooperation Programmes Croatia-Bosnia and Herzegovina-Montenegro and Croatia-Serbia. The former shared their to-date experience with the eMS information system by focusing on drawing up of contracts and progress reports and making of payments. The participants unanimously agreed that further sharing of experience at the level of Managing Authorities and Joint Secretariats would be most welcome. 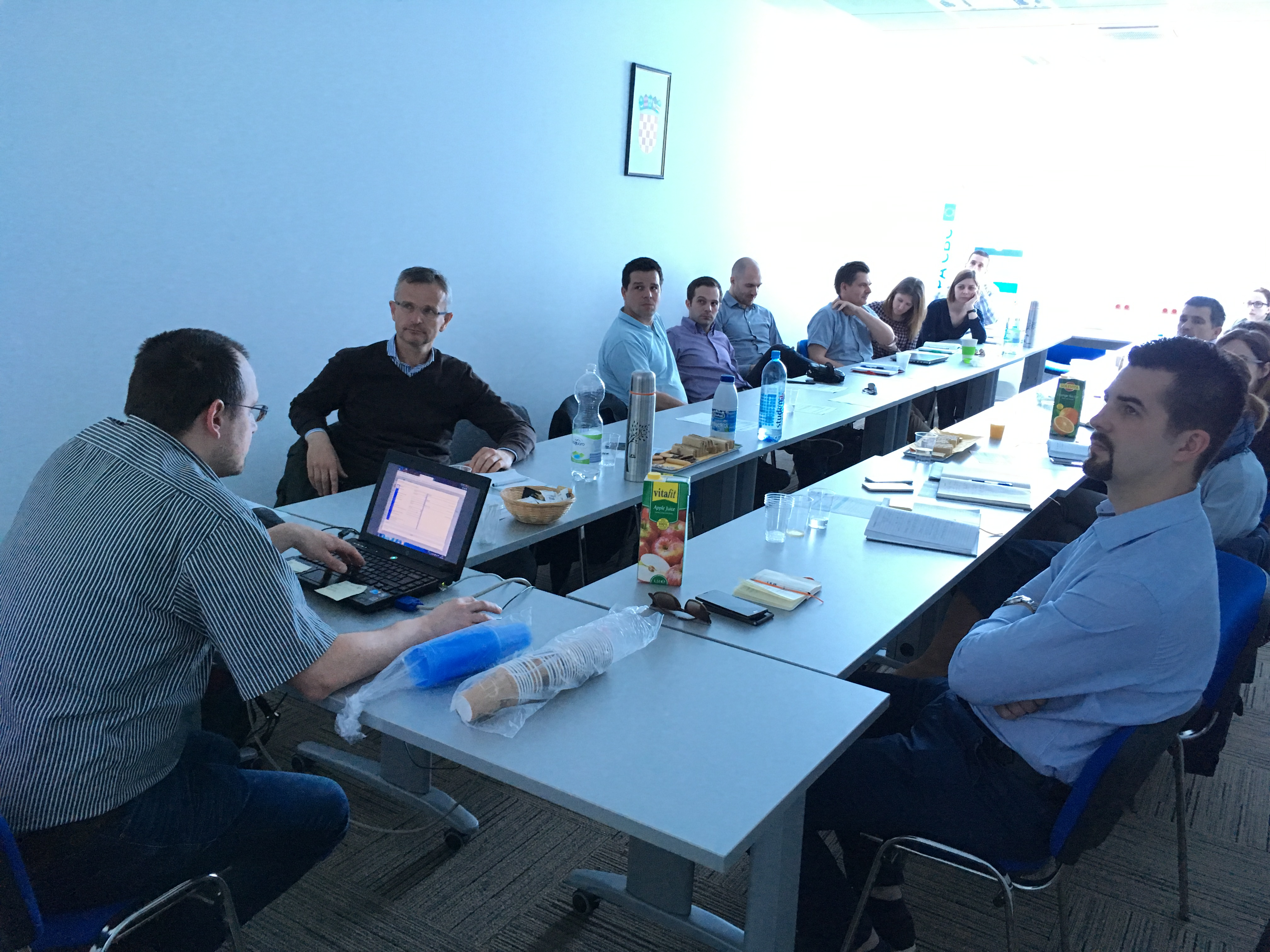 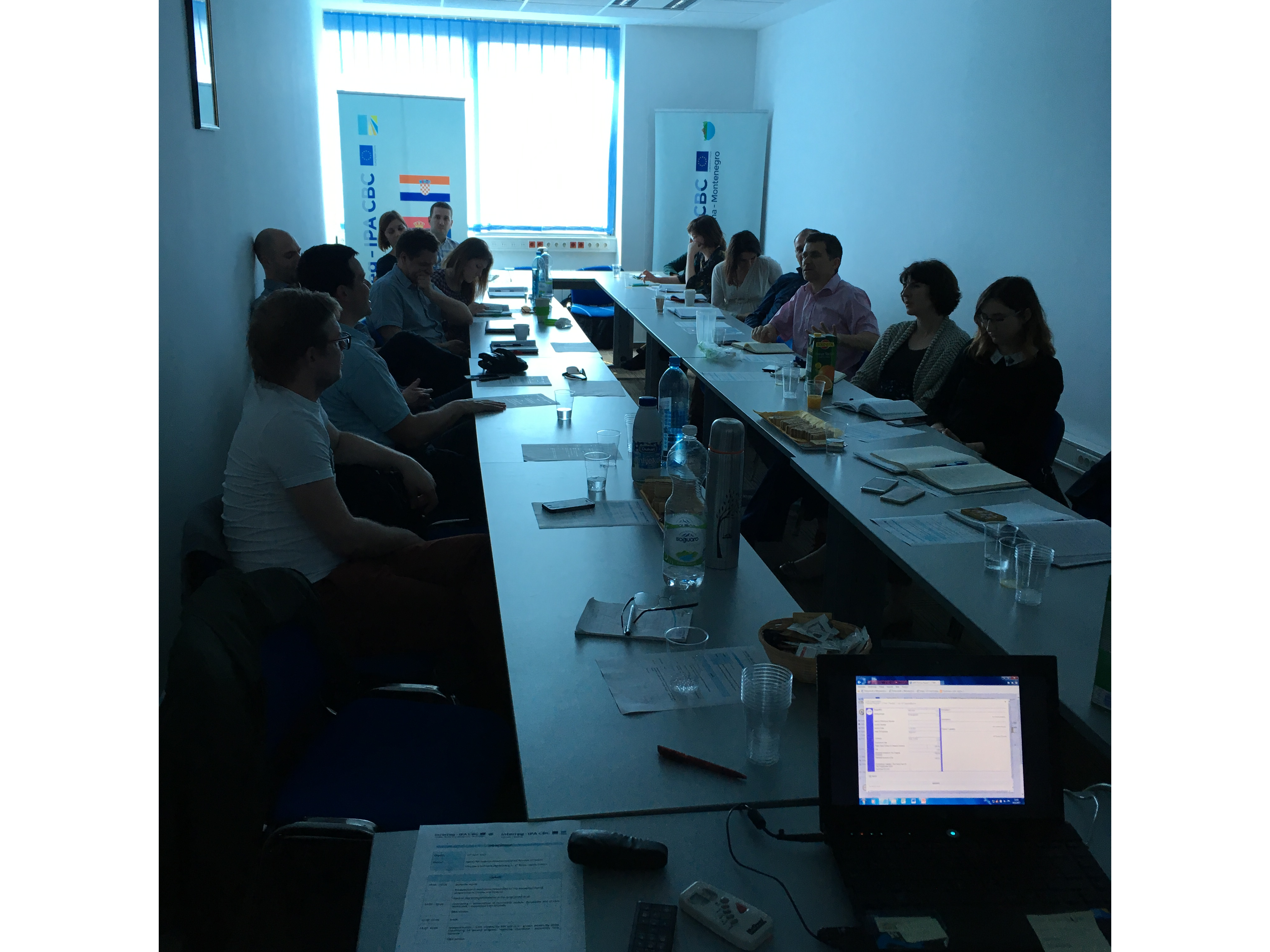 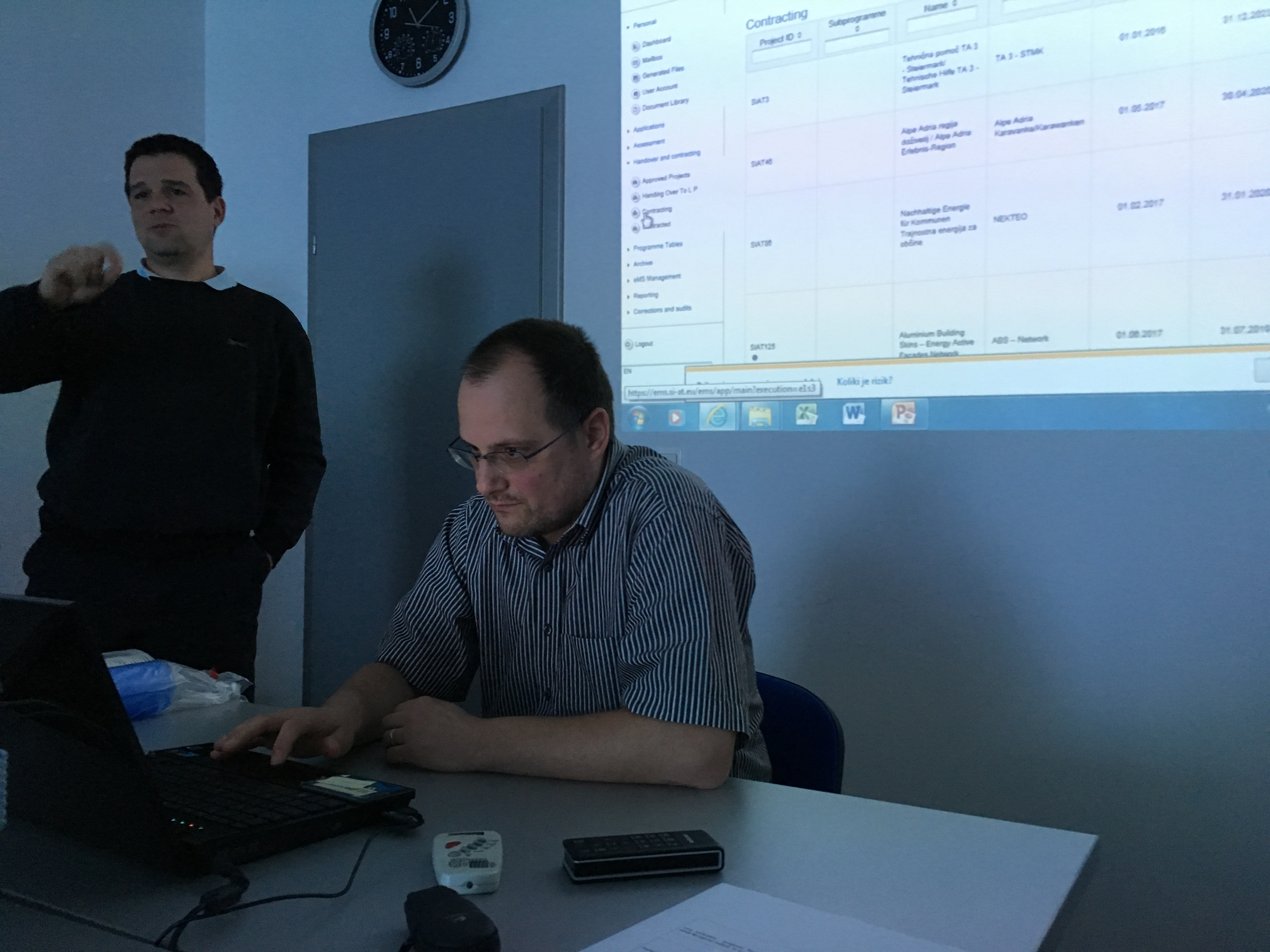 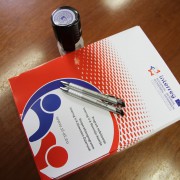 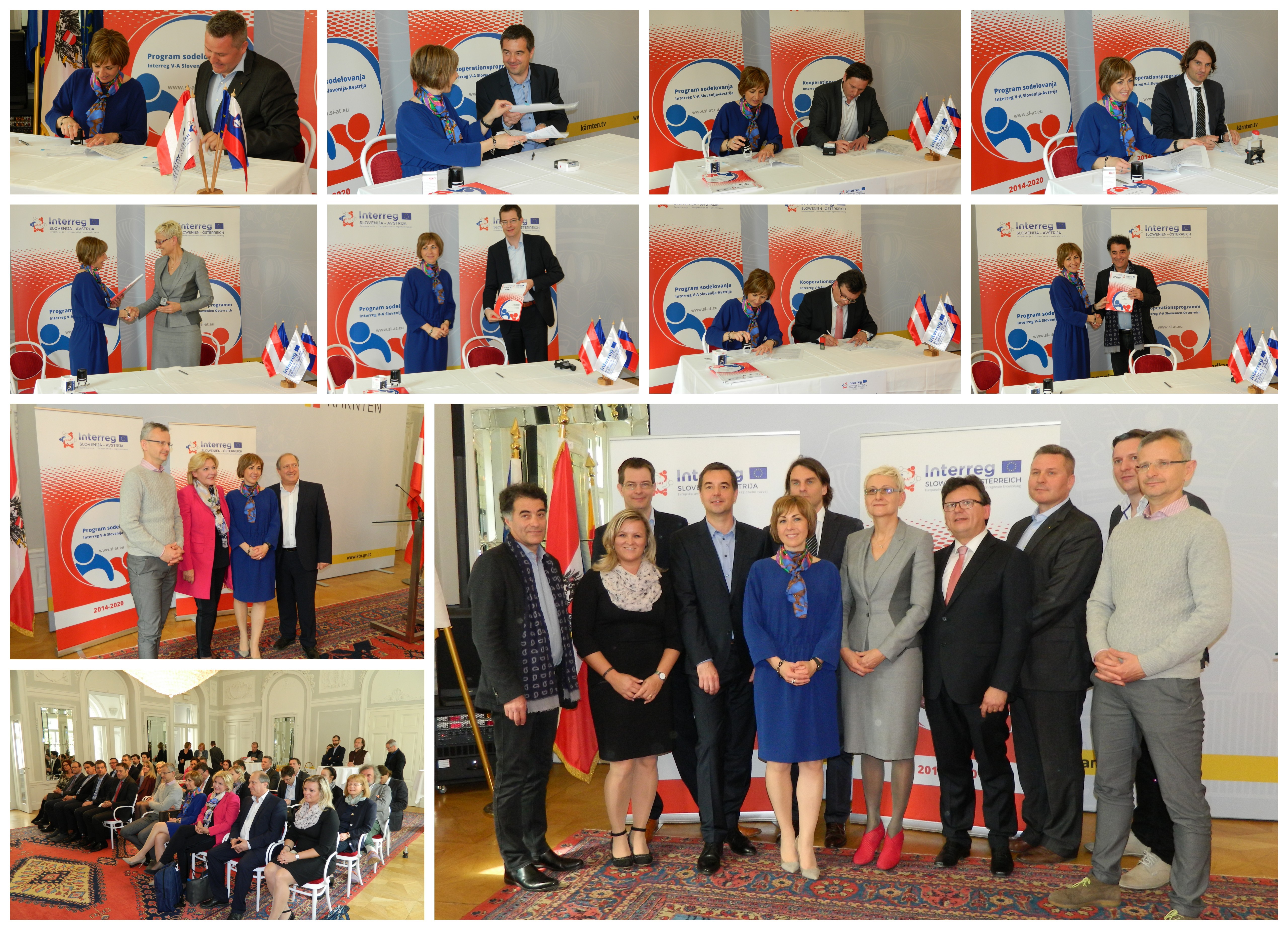 Today, on 5 April 2017, eight Subsidy contracts for the co-financing with funds from the European Regional Development Fund (ERDF) were signed in the premises of the Carinthian regional government in the frame of the Cooperation Programme Interreg V-A Slovenia-Austria for the programme period 2014-2020. Together with the 13 projects that are already being implemented and the two projects that will sign their contracts afterwards, there are 23 approved projects in the frame of the programme that will, in the period 2014-2020, strengthen the already very successful cross-border cooperation between the two countries. The latter will, also in the future, ensure a large number of successful connections on both sides of the border, and projects that will contribute to improving the quality of life of the inhabitants of the common border area. The projects through which cross-border relations are practically made, ultimately contribute to the understanding of diversity, enrich us mentally and conceptually and promote awareness that our neighbourhood is not foreign but part of a common Europe.

The ongoing Open Call with several deadlines for the submission of project applications, in the frame of which the Subsidy contracts were signed today, was published in December 2015. For funds in the amount of a little less than 45 million euros ERDF, the beneficiaries from both sides of the border (17 regions are eligible: in Slovenia Gorenjska, Koroška, Savinjska, Podravska, Pomurska, Osrednjeslovenska, Goriška and Zasavska region; and in Austria Oststeiermark, West- und Südsteiermark, Graz, Östliche Obersteiermark, Westliche Obersteiermark, Unterkärnten, Klagenfurt-Villach, Oberkärnten and Südburgenland) were able to submit their projects, content wise related to strengthening cross-border competitiveness, research and innovation, protecting the environment and promoting resource efficiency and enhancing institutional capacity and an efficient public administration. The first submission deadline closed in February 2016. 13 projects were approved for co-financing and the first Subsidy contracts were signed in July 2016 when also the second deadline for the submission of projects, in which 73 project applications were submitted, closed. The Monitoring Committee decided on those projects in February 2017. In the frame of the second deadline, 10 further projects in the total amount of a bit more than 11 million euros ERDF, were approved. As speakers, the mayor of the main city of Carinthia, Dr. Maria-Luise Mathiaschitz, the mayor of the city of Nova Gorica, Matej Arčon, the regional councillor, Rolf Holub, and a representative of the Amt der Kärntner Landesregierung, mag. Christian Kropfitsch took part at the official signing ceremony. The Head of the Managing Authority, mag. Nina Seljak, signed the Subsidy contracts with the representatives of eight Lead Partners of the approved projects, namely CapaCon, Start-up AA, EXPEDIRE, Passport to Export, Alpe Adria Karavanke/Karawanken, City Cooperation II, URBAN DIVERSITY and NEKTEO.

The next, third deadline for submission of applications is already open. In its frame, about 45 % of the funds are still available. Information about the available funds per priority axis and the exact date of the deadline will be available on the programme website at least two months prior to the closure of the deadline.