Final conference of the operation HEALTH 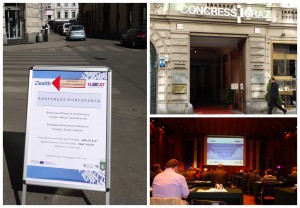 The final conference of the operation HEALTH, which was confirmed within the first open call for proposals of the OP SI-AT 2007-2013, took place on 13 March 2012 in the congress center CONGRESS Graz in Graz, Austria. The operation with a duration of 36 months was co-financed with funds from the European Regional Development Fund in the amount of 85% of the total eligible costs. As part of the operation, among others, important results achieved are higher energy efficiency (energy savings in hospitals involved), cross-border transfer of knowledge and the promotion of education and training in the field of hospital health. At the final conference, Austrian and Slovenian experts from the field of resource management in the areas of energy, knowledge and skills as well as representatives of the project partners and institutions involved (Steiermärkische Krankenanstaltenges. KAGes, Splošna bolnišnica Ptuj, Landeskrankenhaus Bruck/Mur, Landeskrankenhaus Villach, MIND Consult & Research GmbH, Fachhochschule Burgenland Standort Pinkafeld, Fachhochschule Kärnten Standort Feldkirchen and others) took part.

Programme of the conference in Slovene (416.2k)

Programme of the conference in German (376.1k) 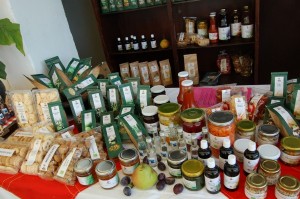 On 25 August 2011 the final event of the operation ČAJ /TEE was held at the social farm KORENIKA in Šalovci. The operation was approved in the frame of the first deadline of the second open call OP SI- AT 2007-2013. Operation lasted 24 months and it was co-financed by the European Regional Development Fund in the amount of 49.725,00 EUR.
Together with the Austrian project partner Energieagentur Weststeiermark, the Lead Partner MOZAIK has implemented workshops on the production and processing of herbs for tea and other medical purposes, and produced two tea mixtures named “Cleaning Tea” and “Tea of Friendship”.

Final conference of the operation TrainProCoop 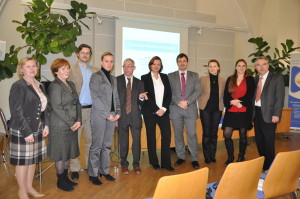 On 26 January 2011 the final conference of the operation TrainProCoop was held at the castle Seggau in Austria. The operation was approved in the frame of the first Open Call of the OP SI-AT and lasted 18 months. It was co-financed by the European Regional Development Fund with 67 % of total eligible costs. In the frame of the operation among other several professional consultations to the companies on the field of employment of the persons with disabilities were performed. On the final conference participated experts on the field of employment the persons with disabilities from Slovenia and Austria (representatives of relevant ministries, experts from economic and craft chambers) as well as the project partners itself (BBRZ Österreich, OZARA, University Rehabilitation Institute of the Republic of Slovenia).